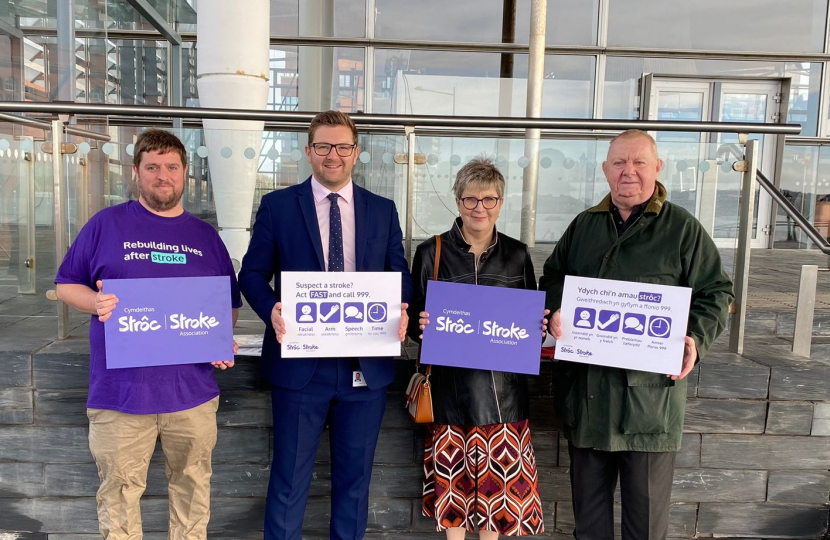 Their concerns follow a recent assessment by the Sentinel Stroke National Audit Programme (SSNAP) which has marked all of Wales’ stroke units between the grades A and E.

SSNAP graded each hospital based off six key services, these include:

Using this system, each hospital is then awarded an overall grade, which incorporates the results of all six key stroke services.

Although, concerns were raised when all three of the major hospitals in West Wales – Glangwili General Hospital, Withybush General Hospital and Prince Phillip Hospital – received a grade E for their admission to stroke unit assessment; the lowest grade allocated by the Sentinel Stroke National Audit Programme.

However, this is part of a much wider trend which has shown the historic slow decline in stroke services across West Wales.

“Once again, the outcome of SSNAP’s audit is incredibly concerning. In the last six months, there has been no overall improvement to stroke services in West Wales despite this being on the Welsh Government’s radar.

“Admission to stroke units and the delivery of thrombolysis is vital to securing an effective recovery plan for anyone displaying stroke symptoms, yet according to the data, services in West Wales are not meeting their standards.

“This is the difference between a successful recovery or irreversible damage; we cannot afford to get this wrong.

“The Welsh Government need to work with Hywel Dda University Health Board to ensure that these set of results are not repeated. Everyone deserves expedient access to top-class health services, regardless of their postcode.”

“I was pleased to raise stroke services directly with the First Minister this week and I specifically asked about thrombectomies and the positive impact that they can have on stroke patients.

“Thrombectomies can significantly reduce the chance of disabilities like paralysis, blindness or communication difficulties and yet the rate of thrombectomies in the Hywel Dda Health Board area is only 0.15%.

“It’s not good enough and I hope the Welsh Government works with the Health Board to ensure that significantly more patients can have access to this lifechanging treatment.”

The full SSNAP dataset can be found on the SSNAP website.