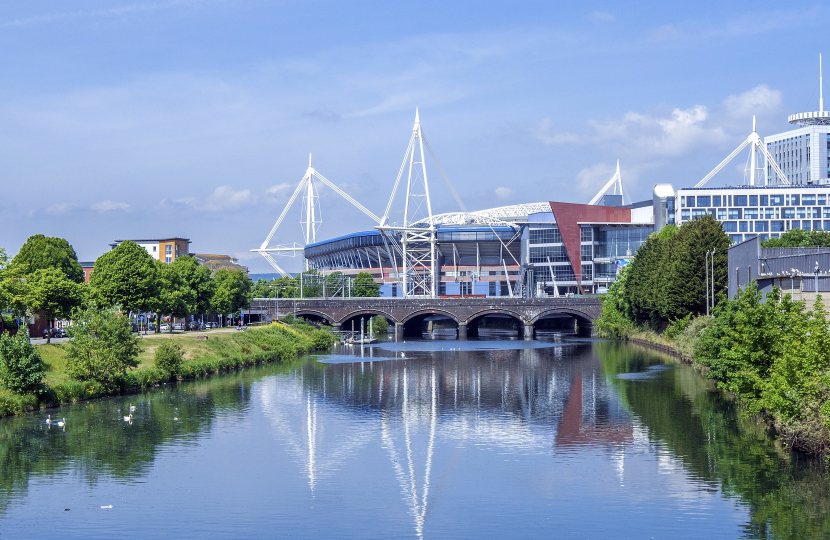 Speaking in the Senedd, Mr Kurtz said that his constituents had branded the Welsh Government’s governance of Transport for Wales as ‘exhausted’, ‘out of ideas’ and ‘directionless’, which spurred the local Senedd Member to ask for greater investment in West Wales’ rail services.

In response, Lee Waters MS the Welsh Government’s Transport Minister stated that there were rail difficulties following last weekend’s Autumn International rugby match between Wales and Georgia and that this was due to the ‘reliability of some of the rolling stock.

The Minister later announced that there are ‘active plans’ to replenish the stock in the coming months, which should make a significant difference to the reliability of local train services.

“For the last several consecutive weekends, anyone trying to travel out of Cardiff by train on a matchday has been hit with chaos, misery, and delay; this includes constituents travelling back to West Wales.

“The Welsh Government’s announcement of replenishing stock is an admission that existing carriage infrastructure is not up to standard, and I would question as to why, given that this isn’t a new problem, this hasn’t been done sooner.

“However, it’s important to note that these aren’t just issues exclusive to matchday weekends.

“Broken down stock and reduced services are a regular occurrence in West Wales, which is why the work of South Pembrokeshire Rail Action Group and other similar organisations is so vital to obtaining quality rail services for our communities.

“No matter where you live, be that at the end of the line in rural West Wales, or in the city, everyone should have equal and comparable access to quality services.”