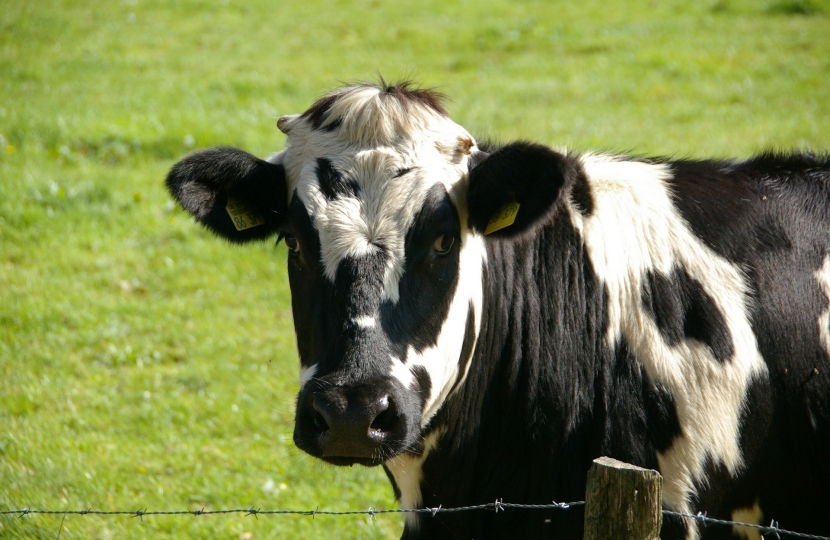 As the Winter Fair in Llanelwedd enters its second and final day, the Welsh Conservative Senedd Member for Carmarthen West and South Pembrokeshire, Samuel Kurtz, has said that his party would use “all the tools at our disposal” to eradicate bovine TB in Wales.

Currently cattle found to be infected through non-authorised tests do not qualify for the Welsh Government’s bovine-TB compensation package. Under Welsh Conservative plans, this would change and a greater number of government-endorsed tests would be permitted.

Mr Kurtz is also determined that TB must be eradicated amongst other key species, including that of badgers and deer, as a means to prevent it infecting cattle, stating that the disease “will never be eliminated completely if it continues to spread and kill our valued wildlife.”

The calls come a fortnight on from the Welsh Government’s TB eradication strategy statement, which Senedd Conservatives described as a “rehash” of ideas.

Earlier this year, the First Minister faced criticism from the National Beef Association after he laid the blame for increasing infections on farmers for “buying infected cattle and bringing them into the area” despite the law stating that Welsh farmers cannot buy in any cattle unless they have been premovement tested.

The Winter Fair is taking place only a week after Plaid Cymru dropped its opposition to the Water Resources Regulations 2021, the Wales-wide Nitrate Vulnerable Zones (NVZs), in its coalition deal with the Labour Government.

All five of the constituencies won by Plaid Cymru in the Senedd election are rural. This has led to accusations of betrayal of the farming community.

“Bovine TB is a horrendous disease and one, that due to decades of painfully slow action, the Labour Government have persistently failed to tackle and has seen hundreds of thousand cattle slaughtered and unleash untold misery on our wildlife.

“With such sluggish progress and little in the way of new ideas and innovation from the Labour Government, it’s beyond time for an innovative strategy that utilises every tool in the toolbox.

“Conservative calls to introduce new and upcoming testing regimes, paired with the expansion of the existing compensation scheme, are absolutely necessary to not only support farmers, but to develop a bovine TB eradication strategy that actually means results.

“Farmers need a friend and, from TB to NVZs, we are not seeing that from Labour, or their new coalition partners in Plaid Cymru.

“It’s clear that the status-quo cannot continue. We need to work together to develop a TB eradication strategy that works for the industry and our wildlife.”