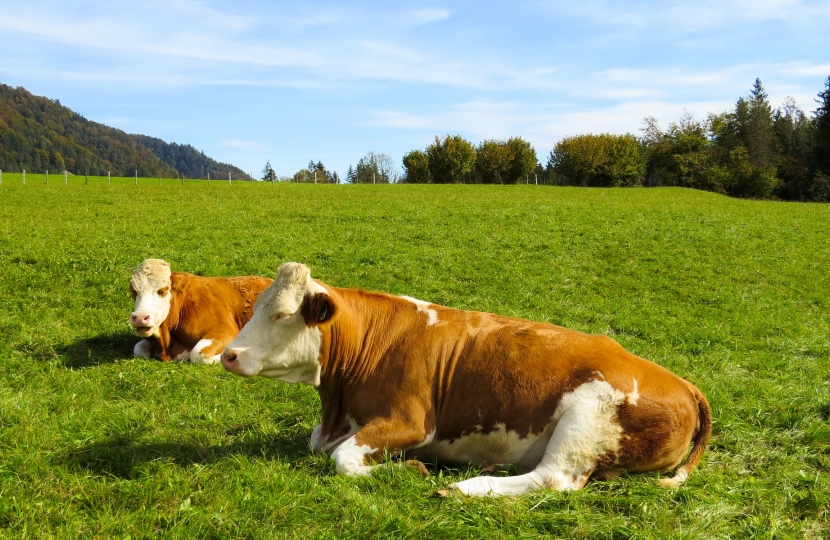 Following yesterday’s news that the number of new bovine TB herd incidents has increased in Wales by 3%, the Welsh Conservative Shadow Minister for Rural Affairs, Samuel Kurtz MS, has urged the Welsh Government to change tack and up their game in the fight to eradicate the disease.

Speaking on the matter Samuel said: “These latest figures are a cause for concern within our agricultural industry. Throughout the pandemic, our farmers have worked 24/7 to keep food on our tables, despite being laboured with the stresses and concerns of routine TB testing – yet here we are, with little to show for it.

“Now is not the time for the Welsh Government to be sitting on their hands. Yesterday’s Wales-specific statistics should show that a change of approach is desperately needed. Repetition of what is currently being done is obviously not improving the situation.

“These statistics instil little confidence in farmers that the Welsh Labour Government’s current Bovine TB policy and testing regime is working. Across Wales, the dark cloud of bovine TB hangs heavy over our farmers, and I worry for the mental health of those in this industry.”

During yesterday afternoon’s ministerial session in the Senedd, Mr Kurtz praised the ground-breaking Enferplex bovine TB test, which claims to deliver results with greater accuracy than those tactics employed by the Welsh Government’s current testing regime.

Speaking after the session, Samuel said:  “It’s clear from speaking to farmers across Wales, that the Enferplex trial programme offers our agricultural community a glimmer of hope in what can be an incredibly dark situation.

“We already know that the trial is being delivered on the ground in certain areas in Wales, but what we now need is the Welsh Government to work with its stakeholders and further progress its rollout.”

In 2020, it was announced that a new, pioneering joint energy initiative between Simply Blue Energy and TotalEnergies would launch in the Celtic Sea, off the south coast of Pembrokeshire.