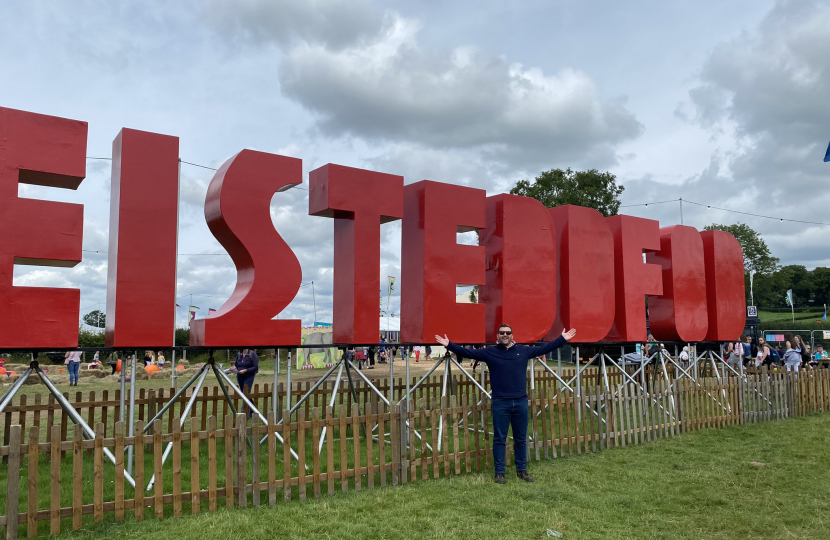 The Welsh Conservatives are marking this year’s Eisteddfod in Ceredigion by backing the creation of a National Poetry Library for Wales.

The idea will be a way for Wales to celebrate its poetry history and will bring it into line with the rest of the UK as England and Scotland already have poetry libraries.

There are many locations in Wales that would be fitting to host the Library, from Carmarthen to Ceredigion to Conwy, and an open-bidding process would involve all corners of Wales.

Concerns have been voiced by Welsh Conservatives that Labour ministers aren’t doing all they can to meet the Cymraeg 2050 targets. Labour MS Alun Davies has questioned the lack of support from certain quarters within Welsh Government, adding that former First Minister Carwyn Jones was disappointed “that the civil service and the Government as a whole weren't supportive of the aims of 'Cymraeg 2050.”

Additionally, there is a struggle to train and employ Welsh language teachers, both at Welsh-medium and English-medium schools. The Welsh Language Commission wrote that meeting the Cymraeg 2050 targets will require the “reversing the trends of the past decade” and that statistics regarding new teachers suggested a reduction rather than an increase in the total number of Welsh language teachers.

It is fitting for the “gwlad beirdd a chantorion” to have a Library which will celebrate the best of Welsh tradition and help support future poets – and importantly, it will represent the poetry of Wales in both languages of Welsh and English.

“The Eisteddfod celebrates the very best of Wales – our history, culture and heritage.

“It’s the first Eisteddfod Genedlaethol since before the pandemic, so I am really looking forward to catching up with people from across the nation.

“I am proud that the Welsh Conservatives are champions of the Welsh language.”