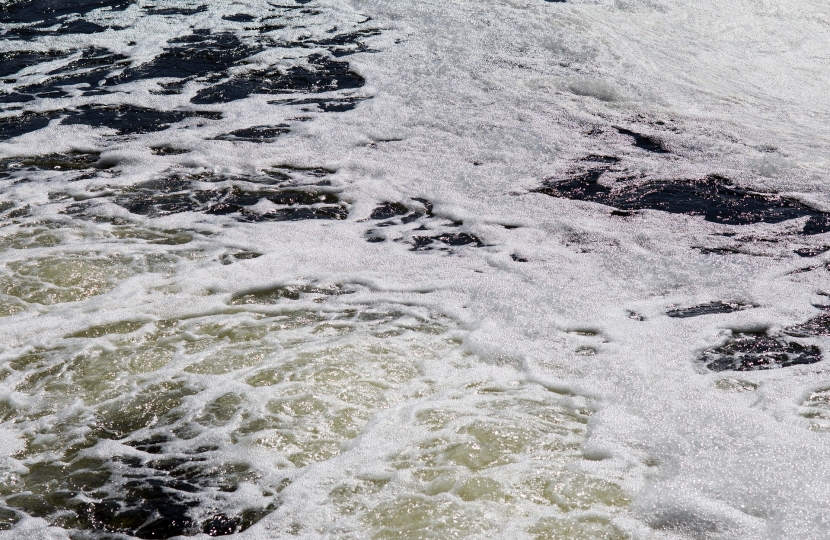 During this afternoon’s Plenary session in the Welsh Parliament, Samuel Kurtz – Senedd Member for Carmarthen West & South Pembrokeshire – called on the Welsh Government to improve the quality of local waterways in West Wales

In his question to the Climate Change Minister, Kurtz encouraged the Welsh Government to place a statutory duty on water companies to take all reasonable steps to ensure that untreated sewage is not being discharged into our seas, rivers and lakes.

Instead, she used the opportunity to hammer-home the recent Welsh Government coalition-esque deal, that saw Plaid Cymru u-turn on their previous disagreement with the Welsh Government’s ‘unfair’ and ‘unjust’ NVZ policy.

“Protecting Welsh rivers is a responsibility that lies directly with the Welsh Government, and if my inbox is anything to go by, then I’m sure the Minister will be inundated with near daily notifications that combined sewage overflows (CSOs) are dumping raw sewage straight into our waterways.

“Bringing stricter rules into force in Wales; placing a duty on water companies to take the necessary steps to stop sewage being released into our rivers, isn’t a ground-breaking or radical plan. It’s exactly what they’re doing across the border in England to improve water quality there.

“I’m deeply disappointed that the Labour Minister dismissed this call, as I would assume she, along with us all, would want to see an improvement in the water quality of our rivers.”