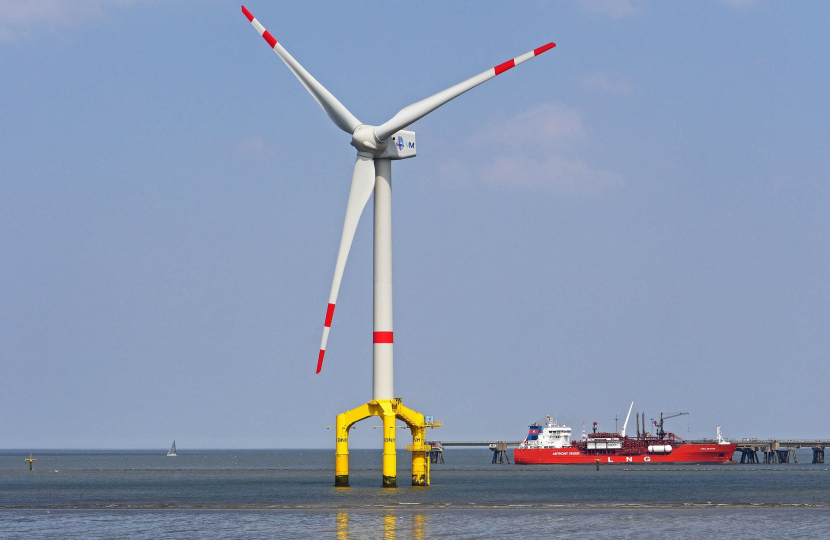 Both Pembrokeshire Senedd politicians have called on the Welsh Government to ‘safeguard and champion’ the Haven Waterway’s energy industry.

Paul Davies MS and Samuel Kurtz MS championed the future of the multi-million-pound industry, during a plenary session in the Welsh Parliament.

Speaking about the need for clarity regarding the UK-wide Emissions Trading Scheme, Mr Kurtz called upon the Welsh Government’s Climate Change Minister to provide the industry with assurances over its implementation.

In addition, Paul Davies MS called for greater support for energy businesses seeking to decarbonise and invest in renewable energy.

“We know that energy-intensive industries have a role to play in helping the UK reach its climate change goals and the Pembrokeshire Coast has long been at the forefront of some really innovative developments around low-carbon hydrogen and renewable energy.

“I appreciate that a balance must be struck so that local industry can continue to be globally competitive, whilst continuing to be of vital importance to the UK’s energy security.

“Therefore, I’m pleased that the Welsh Government will be publishing a statement on how it will be supporting energy-intensive industries to decarbonise and lower their emissions and I look forward to hearing more about this work in due course.”

“Our coastline is a hub for green energy investment, from offshore wind to hydrogen generation, we have a real wealth of opportunity on our doorstep.

“But for investment to occur, the industry needs the right support from the Welsh Government. That includes both support to help decarbonise and clarity on the introduction of the UK Emissions Trading Scheme.

“Now’s the Welsh Government’s chance to safeguard and champion this monumental industry, and in doing so, we can continue to grow our local economy, attract jobs and secure the United Kingdom’s energy security.”