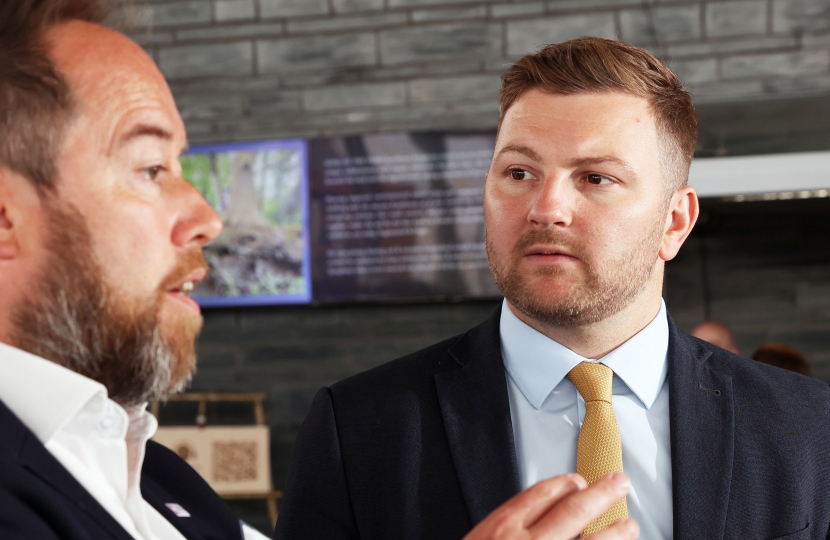 During today’s Rural Affairs Questions in the Senedd, the Labour Minister for Rural Affairs was questioned regarding the potential financial cliff-edge created by the current 2023 end date of the Glastir farming subsidy scheme.

Following the introduction of the Welsh Government’s Sustainable Farming Scheme in 2025, all Glastir funding is due to cease at the end of December 2023, following an initial extension to the programme.

“The Glastir programme has played a key role in supporting farmers over the last several years. It’s provided certainty to those Welsh farmers who rely on this subsidy as part of their farm income.

“As this subsidy scheme is due to end in December 2023, there is a serious risk that Welsh farmers will face a severe funding shortfall, should a transitional period between Glastir ending and the Sustainable Farming Scheme beginning not be brought forward by the Welsh Government.

“I welcomed the initial Glastir extension announced in September 2021, but this will soon expire. To give the agricultural industry stability, it’s critical that the Welsh Government grant one final extension taking us to 2025 and removing any risk of a funding cliff-edge.”

The Welsh Government currently has just over 5,500 Glastir-based area contracts, most of whom have been involved in this subsidy arrangement for a number of years, with their business models reflecting that involvement.