Minister taken to task for litany of errors in Committee appearance 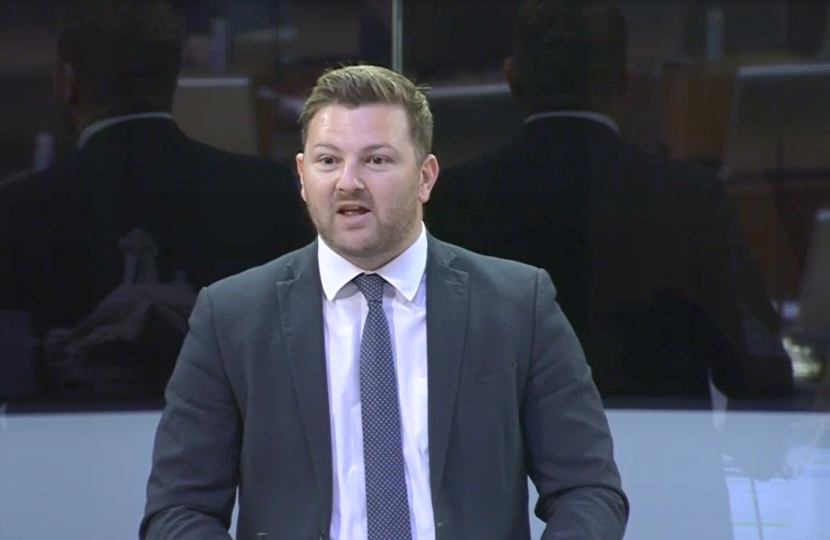 A Labour minister has been accused of not being on top her brief, placing them in an untrustworthy position among farmers after numerous errors from a recent Committee appearance were exposed by the Welsh Conservatives.

Committee member and Shadow Minister for Rural Affairs, Welsh Conservative Samuel Kurtz MS said she made several mistakes in the session, demonstrating that after half a decade in the role, the Minister still is not at grips with the brief and questioned why farmers should trust her.

In the Senedd today, Mr Kurtz listed the errors, stating: “In total, there were twenty-one instances – twenty-one – where my colleagues and I were left with more questions than answers. I’ve got them all here in front of me in black and white”.

The mistakes included the Minister:

Kurtz added: “these regulations have been in the pipeline throughout this period, yet you cannot get these basic facts right”.

The NVZ rules have been described as “a sledgehammer to crack a nut” and an “overzealous national so-called solution to a highly localised problem” that will unnecessarily increase costs and paperwork for agricultural businesses.

“For over five years, the NVZ regulations have – rightly or wrongly – been a flagship agricultural policy of this Labour Government, yet the Minister who has overseen this policy, who has been in post for six years, has yet to understand the details and facts of her own policy.

“These regulations will not improve water quality in the way they intend to. The Minister will know that if she’s listened to the host of evidence from the agricultural community and examples elsewhere. The Welsh Government should be offering our farmers certainty and confidence, but today’s display just goes to show how out of touch the Minster’s become.

“If this lack of compassion and understanding of the industry continues, then the future of our farming community is at risk. The Minister needs to take control of her portfolio, listen to the industry and deliver for our rural communities.”