“Businesses should not be forgotten in fighting flooding” says local MS 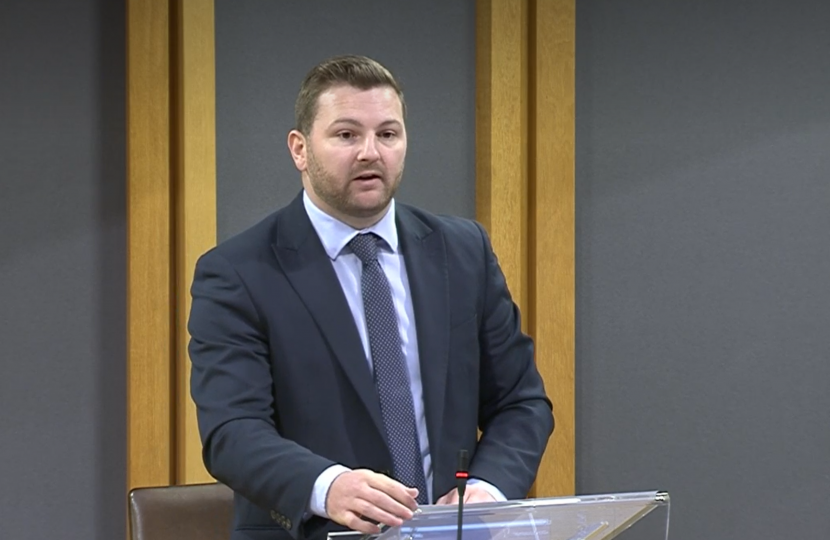 Last week, Samuel Kurtz – Senedd Member for Carmarthen West and South Pembrokeshire – called on the Welsh Government to re-evaluate its flooding strategy to ensure businesses and homes are equally protected, during a short debate on strengthening the approach to reducing flood risk.

Speaking during the debate, Samuel said: “The ancient town of Carmarthen in my constituency of Carmarthen West and South Pembrokeshire is one such town, which suffers regularly from flooding, especially on the quay of the town, where the Towy regularly burst its banks.”

However, in speaking about his efforts to tackle the issue with constituency colleague Simon Hart MP, Samuel spoke of his disappointment in learning that NRW and the Welsh Government appear to be passing the buck as to who is responsible for progressing a flood prevention strategy for the area.

Outside the Chamber, Samuel spoke of his frustration:

“The complete lack of progress in addressing the flooding situation along The Quay is of huge concern, especially as we approach the winter months.

“There appears to be a fundamental constraint between Welsh Government flooding protection policy and the action that National Resources Wales (NRW) needs to take to protect businesses from devastating flooding events.

“We’re now in a situation whereby NRW and the Welsh Government appear to be passing the buck as to who is responsible for progressing a flood prevention strategy for Carmarthen – this simply isn’t good enough and it’s not what local business owners deserve.

“Looking ahead, we need a clear and targeted flood protection strategy that’s going to protect local businesses and keep properties safe. It’s about time both NRW and Welsh Government get their act together and get this right.”