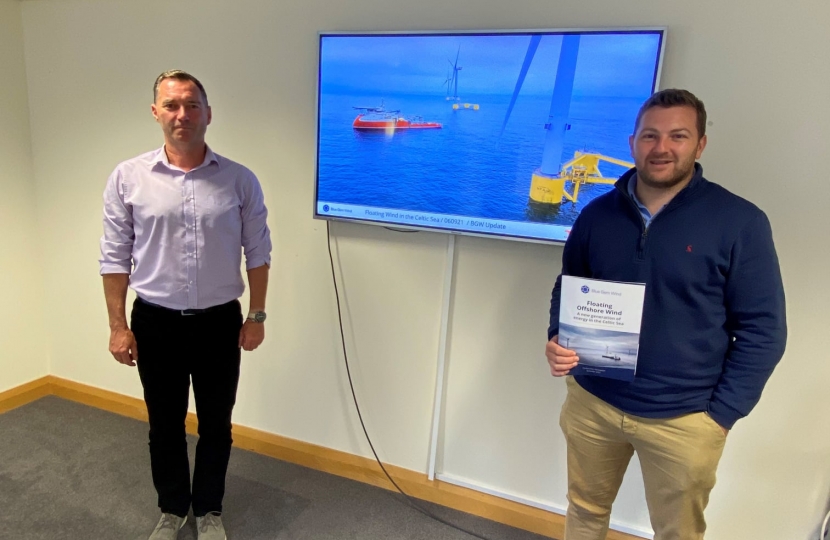 Samuel Kurtz MS announced his approval of the project following a visit to their Pembroke Dock Headquarters. During the visit, Samuel met with Blue Gem’s Stakeholder Manager, David Jones, to discuss the initiative’s positive impact on local communities.

Speaking after the visit, Samuel said: “Their new wind energy initiative is an incredibly exciting project for Pembroke Dock and the Celtic Sea.

“Our deep waters mean traditional offshore wind farms aren’t feasible, but FLOW allows us to not miss out on both the economic and environmental benefits that renewable wind energy can bring. It means greater investment and more greener jobs for local people.

“As we progress out of the pandemic, a green recovery is vital; it’s projects exactly like Blue Gem that will help deliver this. By investing in greener energy options such as offshore wind, we’re not only saving the planet from melting ice caps and rising sea levels; but we’re also investing in jobs for local people.”

Samuel finished: “Once again, Pembrokeshire is being put on the map – this time it’s for hosting global energy pioneers in the fight against climate change. This is an opportunity that mustn’t be missed. ”